GI Endoscopy Practice Blog What Is The Natural Treatment For H. Pylori Infection?

When the infection occurred in the lining of your stomach due to the presence of Helicobacter pylori (or H. pylori – a bacteria), it is then known as Helicobacter pylori or H. pylori infection. Being the most leading cause of the peptic ulcers, these bacteria may also cause some other stomach problems such as abdominal burning pain, nausea, bloating, frequent burping, loss of the appetite, and unexplained weight loss.

Many people don’t notice that they have Helicobacter pylori infection as the bacteria never get them sick. But, for those who have the infection, antibiotics are recommended for the Helicobacter pylori treatment. However, some people experience side effects of antibiotics such as diarrhea, nausea or loss of appetite. So, in such cases, natural treatments are beneficial for patients. Due to this reason, the use of natural treatments for H. pylori infection is increasing day by day.

Here are some of the natural treatments for the H. pylori infection that help you in managing the problem:

Many studies have been done on checking the effectiveness of the Helicobacter pylori natural treatments. Most of these treatments reduced the number of bacteria in the stomach but they are failed to eradicate them permanently.

Before starting the natural treatment routine, you should talk to your doctor. Also, you should not replace your recommended H. pylori medical treatment with natural remedies.

When your doctor gives you approval then you can use natural treatments as a supportive therapy. It may enhance the effects of the conventional drugs that you are already taking. 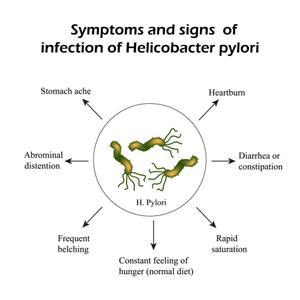 Below are the natural treatments for H. pylori bacterial infection:

They help in maintaining a balance between the good and the bad bacteria present in the gut. According to a study conducted in 2012, taking the probiotics before and after the H. pylori medical treatment may improve the eradication rates of the bacteria. On one hand, antibiotics destroy the good and the bad bacteria in the abdomen. On the other hand, probiotics assist in replenishing the good bacteria. They also help in decreasing the risk of overgrowth of yeast.

Studies have shown that honey contains antibacterial abilities against the H. pylori.  There is no research done to date that supports this: honey can destroy the bacteria on its own. According to researchers, if honey is used along with the standard treatments then this can shorten the treatment time.

It also helps in treating H. pylori. According to a study conducted in 2007, it found that olive oil contains strong antibacterial abilities against the eight H. pylori strains. Among them, three strains are resistant to antibiotics. Also, olive oil remains stable in gastric acid.

They contain a compound, called sulforaphane that is effective against the H. pylori. According to research conducted on mice and humans, the compound reduces the gastric inflammation and also lowers the bacterial colonization and its effects. Another study showed that when people having both the type 2 diabetes and H. pylori consumed broccoli sprout powder, it fights against the bacteria.

This is the most commonly used natural remedy for stomach ulcers. Licorice root also fights against the H. pylori bacteria. A 2009 study showed that licorice root doesn’t destroy the bacteria directly; still, it can help in preventing it from sticking to the cell walls.

Studies have shown that H. pylori are susceptible to light. During phototherapy, ultraviolet light is used to kill H. pylori bacteria in the stomach. According to researchers, using phototherapy within the stomach is a safe procedure. And so, it is the most beneficial therapy when antibiotics are not the right option. 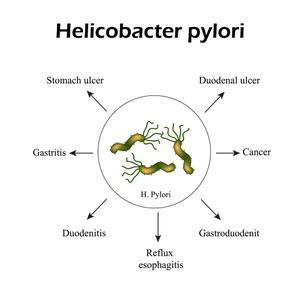 A typical medical treatment for Helicobacter pylori infection includes a triple therapy in which doctors prescribe two antibiotics and one acid-reducing medicine as a combination.

If a patient is antibiotic-resistant then the doctors add another medication to the treatment plan. The main goal of the H. pylori treatment is to destroy 90% or more the existing H. pylori bacteria.

Typically, the treatment lasts for around two weeks. Using two antibiotics rather than one may reduce the risk of antibiotic resistance. Some common antibiotics for treating H. pylori are: 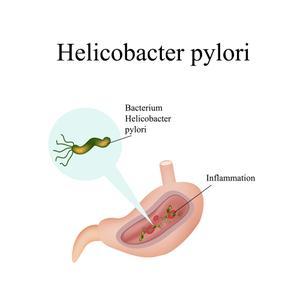 ARE THESE H. PYLORI INFECTION NATURAL TREATMENTS RIGHT FOR YOU?

If you have been diagnosed with the H. pylori infection then you have the choice of trying the natural treatments instead of, or with the combination of the usual medical treatment. The choice of the treatment method depends on the extent of the harm that the bacteria have given to the lining of the stomach.

If the infection is mild then you can begin using the natural treatments. If you are already taking the medical treatment for the infection then you should consult your doctor before going for natural remedies.

HOW CAN H. PYLORI INFECTION BE PREVENTED?

The actual source of H. pylori is still unclear. CDC (Centers for Disease Control and Prevention) didn’t give any formal recommendations for preventing the infection.

However, there are some important ways that you should follow to prevent the infection:

If you are diagnosed with the H. pylori infection then you should complete the full course of your treatment because it helps in reducing your risk of recurrence of the infection. 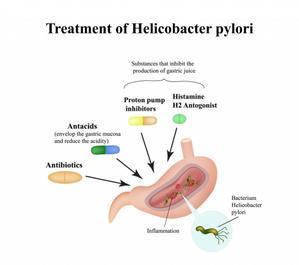 Many people are living with the bacteria in their bodies and they experience no damaging health symptoms. But, when the symptoms occur due to chronic gastric inflammation or other stomach problems caused by H. pylori, it is necessary to seek medical treatment. Adding the natural treatments to the on-going conventional H. pylori treatment plan may provide additional healing benefits.

Go to Geek Prank and try the online Windows XP simulator, play with the classic Minesweeper and Tetris games or listen to some music.

What Is The Best Diet For Crohn’s Disease?

Crohn’s disease is the inflammatory bowel disease (IBD) which causes swelling of your digestive tract that can develop symptoms such as abdominal pain, serious diarrhea, lethargy, loss of weight and underfeeding.