GI Endoscopy Practice Blog All You Need To Understand About Gallstones

The hard deposits of the digestive fluid that form in the gallbladder are called “gallstones”.

The gallbladder is a pear-shaped, small organ that is located under the liver on the upper, right side of the abdomen. It looks like a pouch that stores a digestive fluid (green-yellow liquid) known as bile and the bile is released into the small intestine to help with the digestion.

Here is an overview of gallstones: the signs and symptoms, types, causes, risk factors, complications, diagnosis, treatment, and prevention.

WHAT ARE THE TYPES OF GALLSTONES?

There are two main types of gallstones that include:

They are the most common type that accounts for 80% of the gallstones. These stones usually appear as yellow-green in color.

These stones appear as dark in color and small in size. They are usually made of bilirubin (orange-yellow pigment) that comes from the bile. 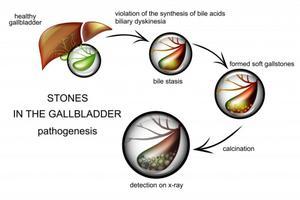 WHAT ARE THE SYMPTOMS OF GALLSTONES, WHEN SHOULD THE PATIENT SEE THE PHYSICIAN?

The patient does not even notice the presence of gallstones unless the doctor identifies them. If a patient develops the gallstones symptoms, these include:

Gallstone pain can last for quite a few hours.

The patient should consult the physician when the signs and symptoms are distressing.

The patient should seek immediate medical care if he/she develops some serious signs and symptoms, such as: 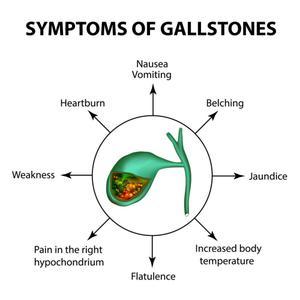 It is not known what exactly causes the gallstones to form; however, some theories state the following reasons:

EXCESSIVE CHOLESTEROL IN THE BILE:

When there is excess cholesterol in the bile, it leads to the formation of yellowish, hard cholesterol stones. It happens when the liver builds more cholesterol than the bile can dissolve.

EXCESSIVE BILIRUBIN IN THE BILE:

When the liver destroys the old red blood cells, a chemical is produced, called “bilirubin”. Certain conditions such as blood disorders and liver damage cause the liver to produce too much bilirubin than its normal functioning. When gallbladder cannot break the excess bilirubin then it leads to the formation of pigment gallstones – hard, black or dark-brown colored stones.

THE GALLBLADDER DOES NOT EMPTY PROPERLY:

In order to remain healthy and function properly, a gallbladder should really empty its bile content. If it doesn’t empty correctly and completely, the bile becomes concentrated that leads to the formation of stones. 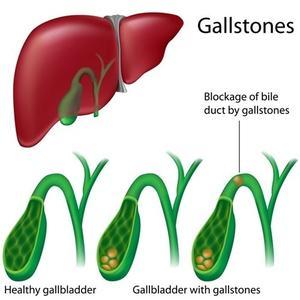 WHAT FACTORS INCREASE THE RISK OF GALLSTONES?

These are the factors that may aggravate the risk of gallstones: 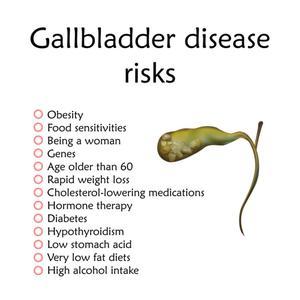 WHAT ARE THE COMPLICATIONS OF GALLSTONES?

Complications of the gallstones comprise the following:

When a gallstone gets blocked in the neck of the gallbladder, it causes the gallbladder to be inflamed – a condition that is called cholecystitis. This condition can lead to severe fever and pain.

Gallstones can block the common bile duct (tubes) through which the bile flows from the liver or gallbladder to the small intestine, thus causing jaundice and infection of the bile ducts.

A gallstone can block the pancreatic duct that causes inflammation of the pancreas – a condition called pancreatitis. This condition can lead to severe and continuous abdominal pain and typically requires hospitalization. 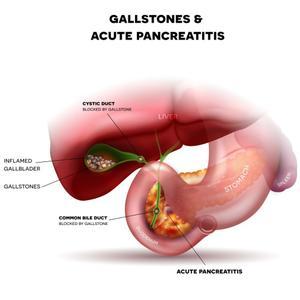 HOW TO DIAGNOSE GALLSTONES?

The following tests and procedures are used to diagnose the gallstones:

TESTS FOR CREATING PICTURES OF THE GALLBLADDER:

The physician typically recommends abdominal ultrasound and CT scan (computerized tomography) to create the images of the gallbladder. These pictures are then analyzed to look for any sign of the gallstones.

TESTS TO CHECK THE BILE DUCTS:

A test is recommended in which a special dye is used that highlights the bile ducts on the images. This helps the physician to know whether a gallstone is blocking the ducts.

The tests may include MRI (magnetic imaging resonance), HIDA (hepatobiliary iminodiacetic acid) scan or ERCP (endoscopic retrograde cholangiopancreatography). If gallstones are found using ERCP, they are removed during the procedure.

Blood tests are conducted to check the complications that are caused by gallstones such as jaundice, pancreatitis, infection or other complications. 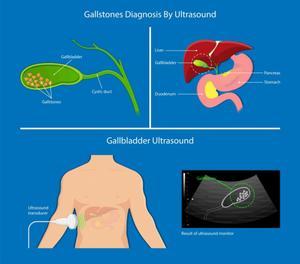 WHAT IS THE TREATMENT FOR GALLBLADDER STONES?

The doctor determines the treatment for gallstones depending on the symptoms and the results of the diagnostic testing.

The doctor recommends the patient to remain alert for the symptoms of the complications of gallstones such as intense abdominal pain in the upper right side. If the gallbladder stones’ symptoms occur in the future, the patient can have the treatment.

When gallstones start recurs frequently, the physician recommends surgery to remove the gallbladder that is known as a cholecystectomy. When the gallbladder is removed, the bile flows directly from the liver into the small intestine.

The gallbladder is not really necessary for an individual to live since the removal of gallbladder doesn’t affect the ability to digest food. However, it may cause diarrhea that is normally temporary.

Oral medications are recommended that help in dissolving the gallstones. But this treatment option needs months or years to dissolve the gallstones and if the treatment is stopped, stones will likely to form again.

Medications are not commonly used for treating gallstones and are usually recommended for those patients who can’t undergo surgical treatment. 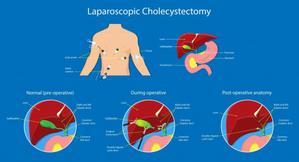 HOW TO PREVENT GALLSTONES?

Here are the preventive measures that reduce the risk of gallstones:

Disclaimer: The information is presented solely for informational and educational purposes. It doesn’t constitute any medical advice. Always seek advice from the physician for any medical concerns.

What Is The Best Diet For Crohn’s Disease?

Crohn’s disease is the inflammatory bowel disease (IBD) which causes swelling of your digestive tract that can develop symptoms such as abdominal pain, serious diarrhea, lethargy, loss of weight and underfeeding.