A Liver Biopsy is the medical procedure that involves a surgical removal of the small amount of liver tissue which is analyzed to diagnose different diseases or disorders in the liver. Usually, the Liver Biopsy procedure is used to detect the presence of any abnormal cells in the liver such as cancerous cells or to evaluate the cause of various diseases such as hepatitis, jaundice, liver cancer or cirrhosis. The biopsy of the liver may also be used when the blood tests show abnormal results or when the ultrasound, X-ray or CT scan indicates a problem with the liver.

The liver is the vital organ performing most important functions such as producing enzymes and proteins that are essential for metabolic processes, removing the contaminants from the blood, fighting against infections and storing the essential nutrients. So, any problem with the liver can affect it to perform all these functions properly while making the patient sick and if any of the liver disorder is left untreated, it may become a life-endangering illness. The Liver Biopsy plays a significant role in diagnosing the underlying disease at an early stage so that it can be treated promptly and cured.

Here, we give you the reasons to perform Liver Biopsy, details of the Liver Biopsy preparation, procedure and results:

WHY IS LIVER BIOPSY PROCEDURE PERFORMED?

Following are the reasons to perform Liver Biopsy procedure: 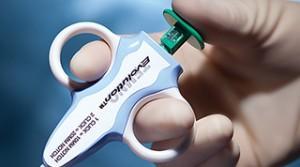 HOW TO PREPARE FOR A LIVER BIOPSY PROCEDURE?

For Liver Biopsy preparation, the gastroenterologist reviews the complete medical history of the patient and performs a physical examination.

Before the procedure, the patient should tell the physician if he/she is taking aspirin, non-steroidal anti-inflammatory drugs, antiplatelet medicines, blood thinners, heart medicines, pain relievers or herbal supplements because avoiding all of these medicines before the test can reduce the chance of bleeding. Secondly, the patient should inform the doctor if he/she had bleeding problems, recently have pneumonia or have a history of ascites (condition in which fluid builds up in the belly) or if the patient is or might be pregnant.

The patient should avoid drinking or eating for 8 hours before the test. As the patient is given a sedative during the test for relaxation, he/she should arrange someone to drive him/her at home after the procedure. 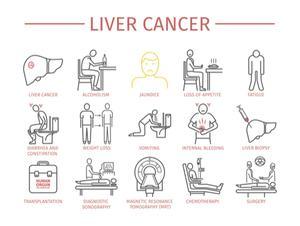 HOW IS A LIVER BIOPSY PROCEDURE PERFORMED?

The Liver Biopsy is performed in three different ways having different procedural steps and these biopsies are named as:

The physician gives the anesthesia to the patient depending on the type of biopsy. Percutaneous and transjugular biopsies are performed under local anesthesia while laparoscopic biopsy uses general anesthesia.

The percutaneous biopsy is a most common form of biopsy and is also called needle biopsy. At first, the patient lies on the back and places the right arm above or under the head with the head turned to his/her left side. The doctor taps on the chest or belly of the patient or performs an ultrasound to find the liver.

After finding the location of the liver, the doctor marks a spot between the two lower ribs on the right side where the Liver Biopsy needle is inserted. Then, the area is cleaned with special soap and sterile towels and after that, the doctor gives local anesthetic medicine to the patient that numbs the treated area.

After the effect of the anesthesia, the patient is asked to take a deep breath then blow all the air and then hold the breath and remains still just for few seconds while the doctor inserts the biopsy needle, takes a tissue sample and withdraws it. It is important for the patient to hold the breath because it reduces the risk of the needle going into the lungs as they are closely present with the liver. When the doctor removes the needle, the patient can breathe normally. After completing the procedure, the doctor closes the incision with stitches and properly puts a bandage.

The duration of Liver Biopsy procedure is usually 15-30 minutes.

During this type of Liver Biopsy, the doctor makes a small incision at the neck and inserts a flexible thin tube through this incision and passes it through the neck’s jugular vein into the liver. This method is the right option for the patients who are experiencing the bleeding disorders.

During this method of Liver Biopsy, the doctor makes a small incision in the abdomen and uses tube-like instruments to collect the tissue sample.

WHAT TO EXPECT AFTER THE PROCEDURE?

After the procedure, the patient lies on the right side for up to 2-6 hours and takes rest while his/her blood pressure, pulse, and temperature are monitored often. After the resting, the patient can go home if there are no problems after the biopsy. The patient can eat regular diet but should take doctor’s advice before continuing the medications. The patient can return to routine activities after few days but avoid doing vigorous exercises or weight lifting until the doctor tells that these are safe.

WHAT ARE THE RESULTS OF LIVER BIOPSY?

When the tissue sample is taken, the doctor sends it to the laboratory for testing and analyzing that may take few weeks. When the Liver Biopsy results are available, the doctor calls the patient and his/her family to discuss the results. Once the diagnosis is made, the doctor devises a proper treatment plan and discusses it with the patient.

The board-certified gastroenterologist at GI Endoscopy Practice is highly accomplished and capable in performing the Liver Biopsy procedure in New Jersey effectively and efficiently. The team of an experienced gastroenterologist and dedicated medical staff performs the Liver Biopsy while keeping in view the specific conditions of the individual patient, made the diagnosis and devise a workable treatment plan. If you’re experiencing any problem with your liver, contact our specialists by calling 973.248.1550