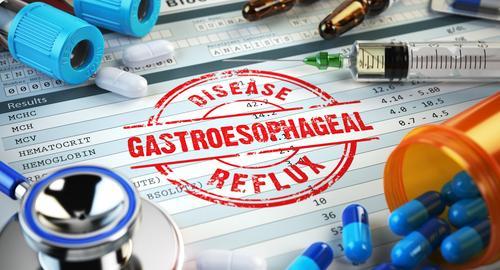 Gastroesophageal Reflux Disease or commonly known as GERD, is a digestive disorder that effects the Lower Esophageal Sphincter (LES), esophagus and stomach. Esophagus is a hollow tube that carries food we eat from our mouth to the stomach and at the end of esophagus; there is a ring of muscles called Lower Esophageal Sphincter (LES) which prevents the acidic stomach to leak back into esophagus. When this muscle becomes weak or not closes properly then the stomach acid leak back into esophagus and this action is called Acid Reflux. It causes irritation and inflammation to the lining of esophagus and the chronic, more severe form of Acid Reflux is GERD. It is diagnosed when acid reflux happens twice a week or has prolonged for more than two weeks. Heartburn or acidic indigestion is the most common symptom of Acid Reflux and GERD. Majority of people can control the symptoms of Gastroesophageal Reflux Disease with diet, certain lifestyle changes and medications but some patients may require strong medications and even surgery for GERD treatment.

WHAT ARE THE SYMPTOMS OF GERD?

COMMON SIGNS AND SYMPTOMS OF THE CONDITION INCLUDE:

If you start experiencing these symptoms with much severity or frequency then immediately make an appointment with the doctor. 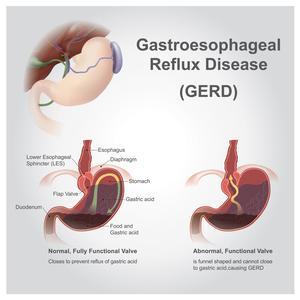 ACID REFLUX IS THE MOST COMMON CAUSE OF THE DISEASE. SOME OTHER CAUSES INCLUDE:

ARE THERE ANY CONDITIONS THAT INCREASE THE RISK OF DEVELOPING GERD?

Yes, there are certain conditions that can increase the risk of developing the disease and these conditions are obesity, Hiatal Hernia, pregnancy, smoking, Diabetes, Asthma, delayed stomach emptying and connective tissue disorders.

WHAT COMPLICATIONS OCCUR DUE TO LONG-TERM GERD?

HOW IS GERD DIAGNOSED?

At first, the doctor will diagnose Gastroesophageal Reflux Disease based on the description of your symptoms, frequency and severity of the heartburn. The doctor may also suggest you some other tests to rule out the other possible causes of the symptoms. 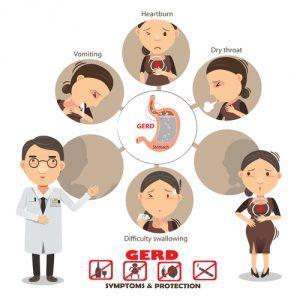 WHEN GASTROESOPHAGEAL REFLUX DISEASE IS SUSPECTED OR KNOWN THEN THE DOCTOR PERFORMS THREE MAJOR TESTS OR EXAMS, WHICH INCLUDES:

HOW IS GERD TREATED?

The treatment for GERD focuses on reducing the amount of acid producing in the stomach and reducing the occurrence of Acid Reflux. If you are experiencing mild symptoms then they can be treated with over-the-counter (OCT) medications and certain lifestyle changes. If you don’t get relief within few weeks and symptoms have become severe then doctor may recommend some other treatment options such as prescription-strength medications and surgery.

LET’S SEE HOW THESE TREATMENT OPTIONS HELP YOU TO TREAT GASTROESOPHAGEAL REFLUX DISEASE:

Make sure to consult the doctor and get his/her recommendations before taking any of these medications.

IF YOUR HEARTBURN AND OTHER SYMPTOMS STILL PERSIST AND YOU DON’T GET RELIEF WITH INITIAL OCT MEDICATIONS THEN THE DOCTOR MAY RECOMMEND PRESCRIPTION-STRENGTH MEDICATIONS. THESE INCLUDE:

SURGERY AND OTHER PROCEDURES:

If the condition couldn’t be able to control through OCT and prescription-strength medications then the doctor recommends surgery in order to avoid more damage to esophagus and stomach. It includes:
Nissen Fundoplication: During this surgery, the LES is tightened by wrapping the top of stomach portion around the outside of the lower esophagus. It reinforces the LES while preventing the Acid Reflux.

Linx Surgery: It is the latest treatment for GERD approved by FDA, in which a device called Linx, which is an expandable ring of metal beads, is wrapped around the junction of esophagus and stomach. It keeps the stomach acid to reflux back into the esophagus and at the same time it allows food to pass into the stomach.

HERE ARE SOME OF THE SUGGESTED LIFESTYLE AND DIETARY CHANGES THAT CAN REDUCE HEARTBURN AND OTHER SYMPTOMS:

We know that Gastroesophageal Reflux Disease can limit the daily activities and productivity but it is rarely life-threatening disease. Most of the people will find relief with understanding of the actual causes and proper treatment plan that GI Endoscopy Practice physicians are providing to the patients experiencing the problem. If you’re facing the problem of heartburn or other possible symptoms then consult our board certified, capable, experienced, trained and highly recommended physicians in NJ. You will get personalized care and a best GERD treatment plan paving a way for a healthy life.